Etymology is the study of the origin and meaning of the Arntz name. Specifically in the case of Arntz we can go a long way back in history. 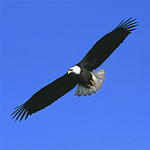 Arntz is a German and English surname. Its origin is a Norman personal name composed of the elements ‘aran’ (eagle) and ‘walda’ (rule). So its meaning is something like ‘ruling as an eagle’.

Through heriditary the name evolved and stabilized to Arntz. It spread from southern Germany to the North. and crossed the border with the Netherlands. There it settled in the region around ‘Millingen aan de Rijn’, a small dutch village near the german border. Late 19th century a certain Aloïs Arntz moved from that region to Antwerp in Belgium. He is the ancestor of the (only) Arntz family that still resides in Belgium today.

The name Arntz was also taken early to England by settlers where it has been anglicized to Arnold. There were places of the name, a village in the parish of Riston, County York, and a parish in County Nottingham from where the name may have been derived. Earliest records of the name mention Ernold Rogerus filius Ernaldi who was listed as a tenant in the Domesday book of 1086. 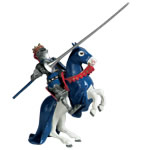 The first heriditary surnames are found in France and England, and a bit later in the late 12th century on German soil.

It was not until the 16th century that the heriditary surnames became stabilized. The practice of adopting them began in the southern areas of Germany, and gradually spread northwards during the Middle Ages.

The earliest hereditary surnames in England are found shorlty after the Norman Conquest of 1066 and are of Norman French origin rather than native English. On the arrival of the Normans they identified themselves by references to the estates from which they came from in northern France. These names moved rapidly on with their bearers into Scotland and Ireland. Others of the Norman Invaders took names from the estates in England which they had newly acquired. 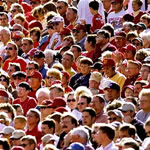 All the following names have the same Norman origin as Arntz. Some of these names are also used as first names.